Frills and thrills in the world of costumed cats – by BabaBarock 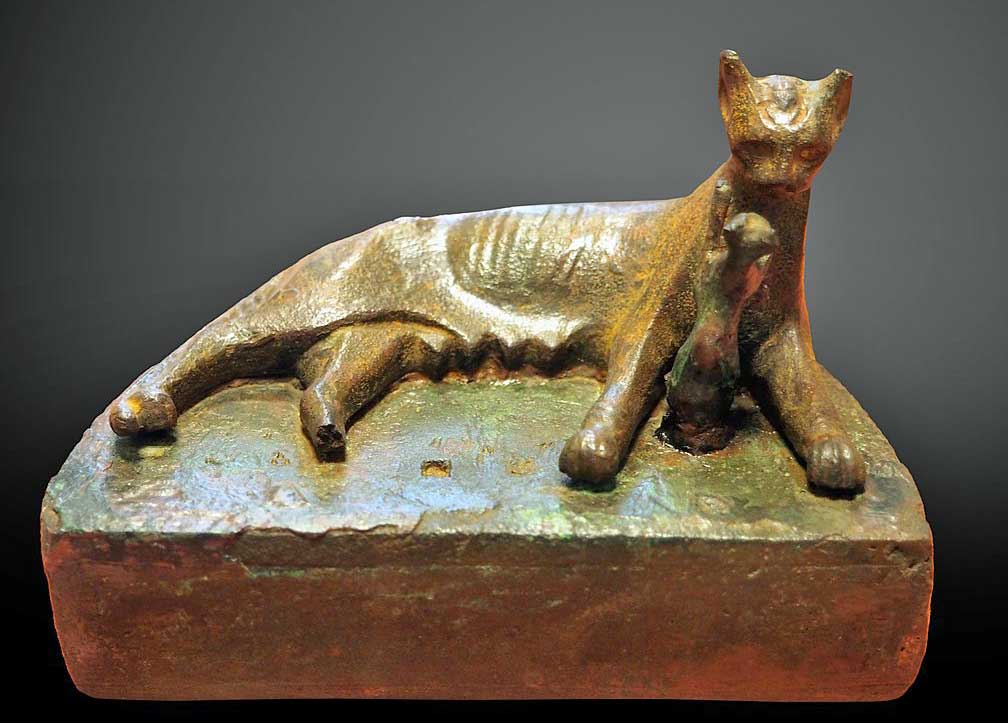 Cats are little gods and goddesses, and humans are lucky to be allowed to live with them — regardless of the fact that cats are quite remiss in making house payments.

While others had already used lions as divine symbols, the Egyptians were the first to recognize the inherent divinity of the house cat, with their all-knowing demeanor. They were likely the first to dress them up as humans — at least in sculptures and hieroglyphs. The Egyptian goddess Bastet first hit the scene about 5,000 years ago during Egypt’s Second Dynasty. She missed the First Dynasty, as cats like to be fashionably late.

Like modern-day comic book superheroes, her look and her powers changed over time. This evolution coincided with small wildcats slowly becoming domesticated. Bastet softened from a lioness into a gentle domestic cat goddess and then into a feline-human hybrid. In the beginning, as a divine lion, she protected her father, the falcon-headed sun god Ra, from attack by the snake god Apep.

The wilder aspects of the original lion were spun off into the goddess Sekhmet, the fierce lion-like protector of the pharaohs. Bastet — also known as Bast, B’sst, Baast, Ubaste, and Baset — retained the more domestic role as the Pharaoh’s spiritual nurse and mother.

In her semi-human form, Bastet is a slender woman with a cat head and braids. She wears what looks like a white cocktail dress held up by two spaghetti straps, sometimes with a red sun above her head. In her hands, she holds an ankh and a sistrum.

The ankh, a cross with an oval loop, is the hieroglyphic symbol for life. The sistrum was a sort of rattle, with a cow’s face between the handle and noise-making upper part.

Bronze statues of Bastet with different attributes can be found in a range of collections in many of the world’s leading museums. Sometimes she has a shield, a memory of her original warlike aspects.

Cats are good at keeping secrets, and Bastet is no exception. Her origins are a bit fuzzy. Most sources say Bastet had no mother, only a father. Some, though, claim that Isis was her mother and that Bastet means “soul of Auset,” which is an alternative name for Isis.

Bastet, like many cats, got around a lot, even making her way into King Tut’s tomb. She can be found as a cat sitting atop an alabaster cosmetics jar. Luckily, Tut’s sarcophagus was closed with a lid, or the cat would surely have tried to squeeze into the box.

Another origin story says Bastet is “She of the Ointment Jar.” The syllable “Bast” can be found in “alabaster,” but that may be a coincidence. This explanation earns Bastet the nickname “perfumed protector.” Perfumes and ointments were seen as having magical powers.

Even though cats normally sleep a lot, Bastet would have been very busy. Her list of responsibilities is quite long. Of course, she is the protector of cats. As the guardian of Lower Egypt and its fertile Nile Delta, she is also responsible for love, sex, female fertility and childbirth, and a protector of pregnant women. (Lower Egypt is on top on modern maps.)

She also protects people and households from disease and evil spirits. The musical sistrum she is often seen holding is because she is the goddess of music and dancing, joy, and celebration. An Egyptian superstition said that a cat running through a burning building would pull out the flames, and this made Bastet the patron of firefighters. Other responsibilities include the sun, the east, intoxication, secrets, and magic.

She also has a dark side, as a vengeful war goddess. This is because she is one of the goddesses associated with the Eye of Ra, symbolizing feminine aspects of the sun. The Eye of Ra is both a part of Ra and an independent being that protects Ra.

Bastet’s consort was Ptah, the god of architects, and her offspring was Maahes, a lion-headed god of war and weather. In later years, she was also considered the mother of Nefertum, a god of perfume and alchemy and the sunlight.

The city of Bubastis (Per-Bast) held a large annual festival. People would often have a statue in their homes to provide protection against thieves. People wore cat amulets for fertility. At the peak of the cult’s power, killing a cat carried the death penalty. By the time of Cleopatra, families would mummify their departed cats.

The modern popularity of cat imagery has led Bastet to be a favorite souvenir for tourists. She’s usually shown as a statue of a sitting cat with a jeweled necklace in wood, stone, or blue clay. But her later upright half-woman / half-cat anthropomorphic look is found sometimes on pieces of painted papyrus or more rarely in standing statues.

Other ancient traditions also have divine cats, but usually not depicted as dressed up. Chinese tradition also has a minor cat goddess named Li Shou, responsible for fertility and pest control. India had a cat goddess called Sastht, and Japan has the tradition of mystical beckoning cats that bring good luck. In the Americas, the god Ai-Apaec was part of the Mochica culture in Peru, which predated the Incas. He was depicted as an old man with whiskers and long incisor teeth. 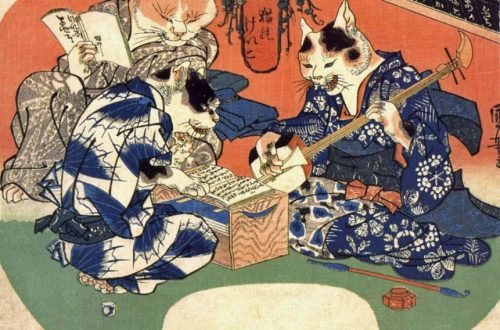 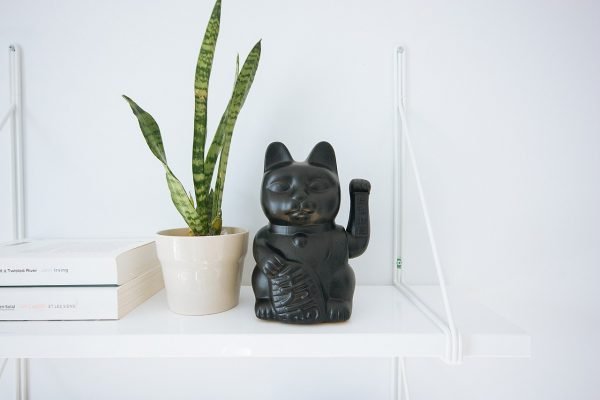 Black cats for great luck? Some people think so. 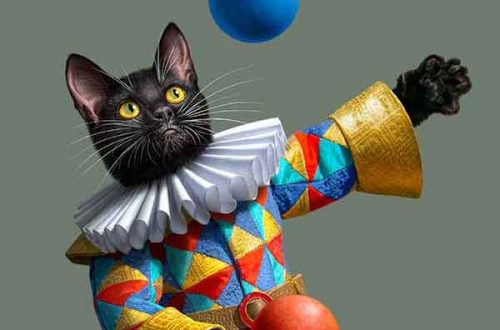 Aiming for an amazing Two of Pentacles – a hopeful harlequin juggler.

Subscribe for news and updates from The Bohemian Cats